How can we portray the history of human knowledge production, while including in the picture the role played by customs, languages, artistic-literary interests and religious practices?

This question immediately comes to mind when considering the academic world in the early modern age, when the most prestigious universities attracted humanists and scientists from all over Europe. The knowledge produced in these places was naturally transcultural, since it emerged from the work of an international and multi-lingual community. To date, however, a comprehensive description of knowledge creation in the early modern period, which includes non-academic, intellectual, and literary studies, is lacking in the area researching the development of European intellectual thought. This is because only fragmentary information can be derived from the treatises published by university professors or from documents relating to teaching activities currently available in the university archives. 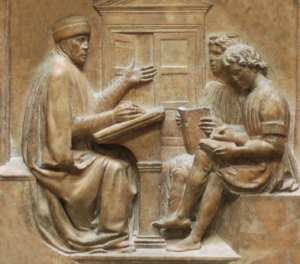 The way to understand the early modern creation of knowledge as a transcultural process, is that of reversing our viewpoint turning the attention to the people who have traditionally been considered mere recipients of this knowledge: the students.