As stated a few months ago, on April 1, 2022, Dr. Matthias Roick started his PASIFIC fellowship. The two-year project titled ‘Virtue and Sociability. Teaching Friendship in Early Modern Schools and Universities, 1518-1648’ is placed at our Centre for the History of Renaissance Knowledge, a unit of the Institute of Philosophy and Sociology of the Polish Academy of Sciences and aims to focus on the philosophical, social, and political context, with an emphasis on the aspect of friendship, of the Polish-Lithuanian Commonwealth during the period in question. A slightly longer description about the project can be found here. 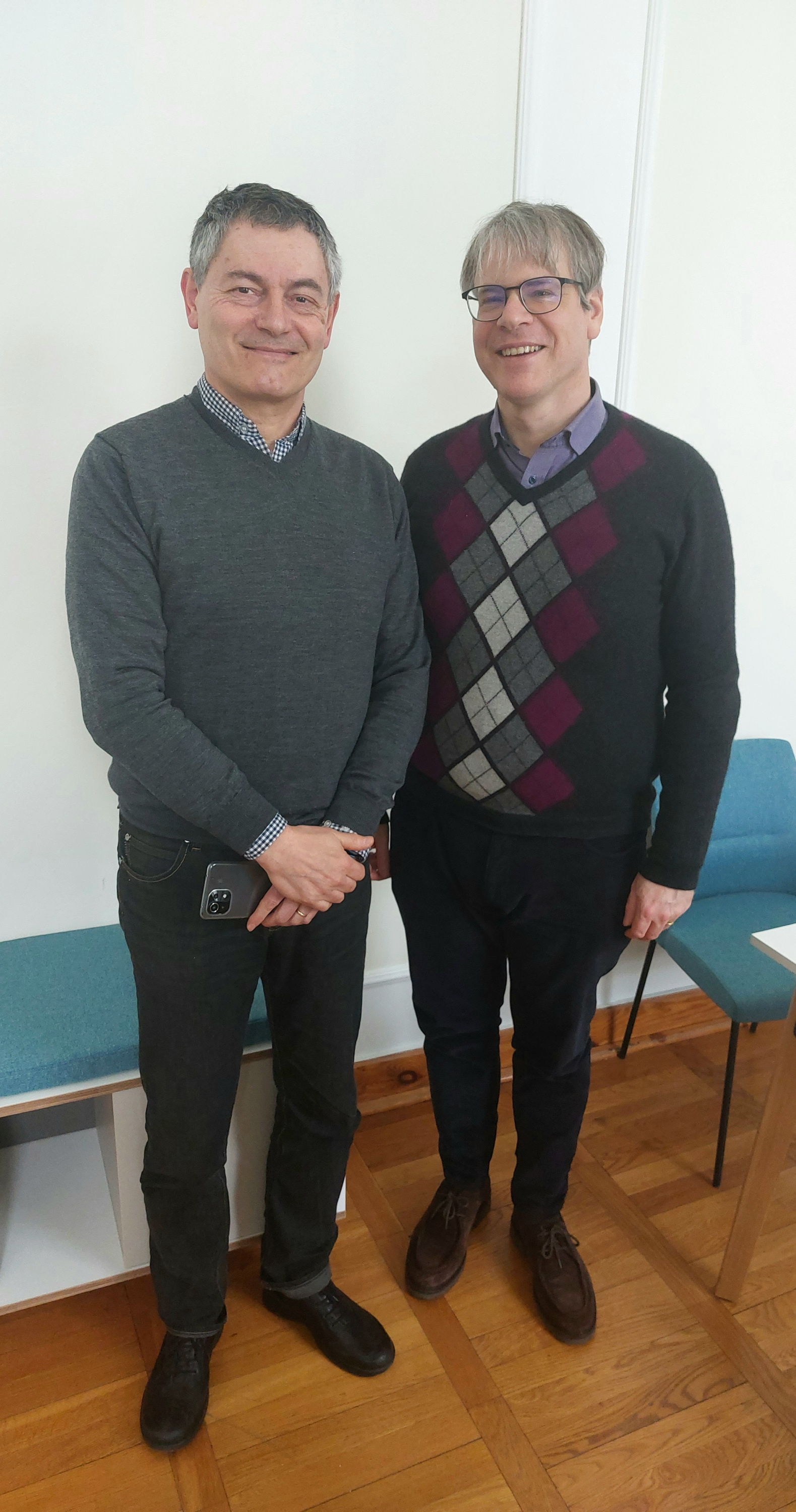 Last week, Dr. Roick met with his supervisor and research partner, Prof. Danilo Facca (together in the picture, on the right and on the left, respectively), as well as other members of our team. This way the collaboration between the researchers involved didrectly in the FRIENDS4EVER project and other scholars of our Centre has officially begun and we are sure it will result in great outcomes over the following years.