On January 17, 2022, the results of the National Heritage module organized by the National Program for the Development of Humanities (NPRH)* have been announced. We are more than happy and excited to learn that the project submitted by our own Postdoctoral Researcher, Dr. Alicja Bielak, has been awarded funding!

Her project, for which the title and a brief description are given below, will be presented to the audience next week, on Wednesday, January 26, 2022, at 3:00 pm on the Zoom platform (the link to the meeting on Zoom will be shared on our social media, Facebook and Twitter, on Tuesday, January 25)**. Wojciech Kordyzon (University of Warsaw), one of the team members of this project, will lead the presentation as well.

Furthermore, the project of Dr. Alicja Bielak will be carried out in an international collaboration with the Early Modern Letters Online (EMLO)***, an international database affiliated with Oxford University.

Our sincere congratulations & we are looking forward for the meeting next week!

PROJECT TITLE: Poet, Physician, and Diplomat at the Court of the Radziwiłł family. Critical edition of Daniel Naborowski’s correspondence

PROJECT DESCRIPTION: The main goal of the project Poet, Physician, and Diplomat at the Court of the Radziwiłł family. Critical edition of Daniel Naborowski’s correspondence (financed by the NPRH) is to collect and publish a critical edition of Daniel Naborowski’s (1573-1640) correspondence in two forms: the traditional printed edition and the TEI standard of critical digital editions. The focus on Naborowski’s three scenes of activity (literature, medicine, diplomacy) is intended to show his broad interests and network of contacts. Today, this figure is mainly associated with his poetry, which did not receive publication in his time. After studying law and medicine in Wittenberg, Basel, Orleans, and Padua, he devoted himself to diplomatic service for the Radziwiłł family. By following his contacts and travels, one can see in his letters and poems the influence of the new poetics and scientific ideas, which he had the chance to learn during his studies and diplomatic missions. A careful analysis of Naborowski’s network and travel trajectory will shed new light on his intellectual life and, more broadly, on the transfer of knowledge that takes place through such figures. 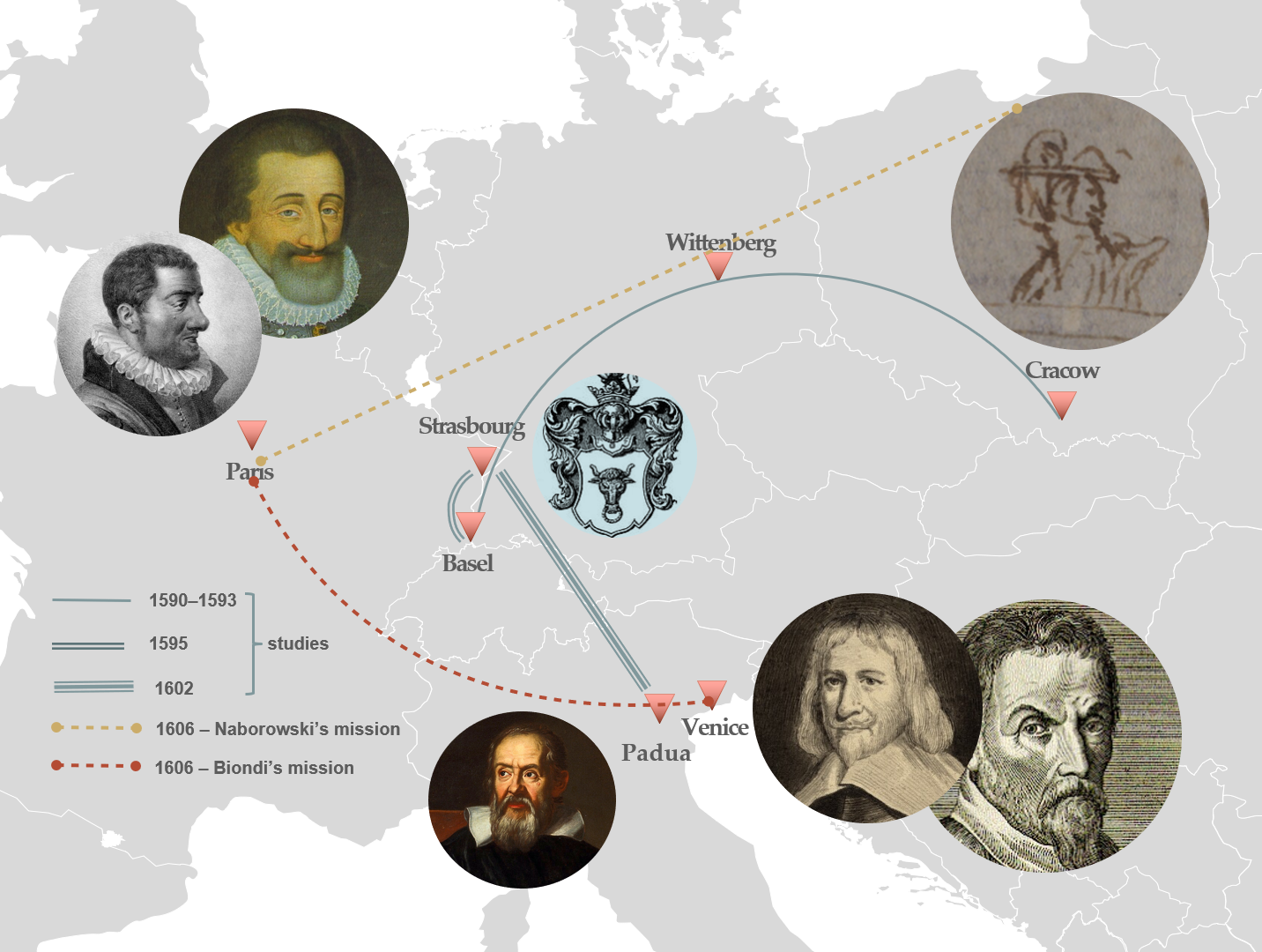 Visualization of the future research on Naborowski’s network

*Narodowy Program Rozwoju Humanistyki (NPRH) is a program created within Ministry of Education and Science in 2011, supplementing the Polish grant program towards the humanist circles with the possibility of financing projects that cannot be financed under the statutory objectives of institutions such as the National Science Centre and The National Centre for Research and Development, and in competitions from European funds.

**(Update) Note that the earlier plan of a hybrid meeting had to be changed into the online form, exclusively, following the latest ordinance of the Director of the Institute of Philosophy and Sociology (IFiS) of the Polish Academy of Sciences mandating the remote work for the employees.
***Cultures of Knowledge has designed, developed, and maintains the online union catalogue, Early Modern Letters Online. EMLO is a collaboratively populated finding-aid and editorial interface for descriptions of early modern correspondence. The basic epistolary metadata for the letters of Daniel Naborowski will be incorporated into EMLO in accordance with EMLO’s established editorial standards. The data and infrastructure for EMLO are maintained at the University of Oxford’s Bodleian Libraries.